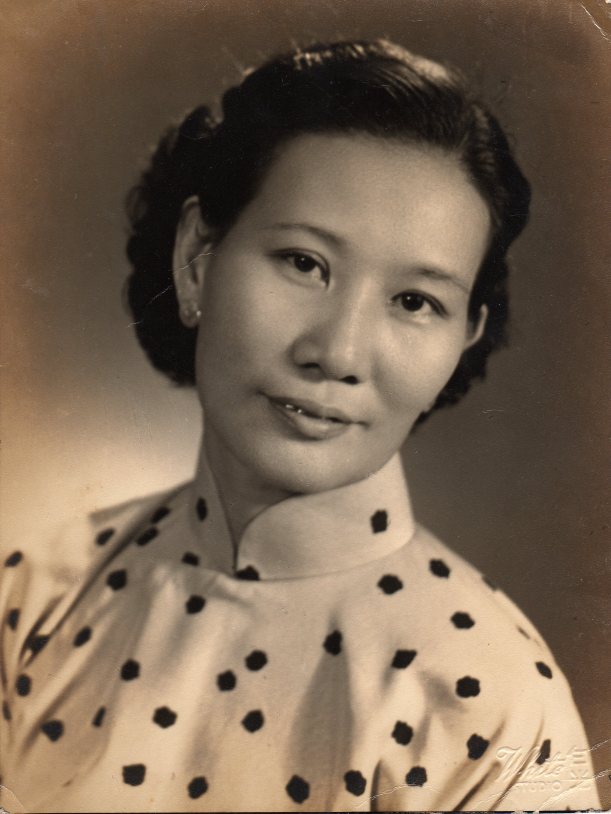 Visited the columbarium yesterday afternoon to pay our respects to Mah Mah. It’s been 14 years since Mah Mah left us, and one of my sorest regrets was reaching NUH too late to see her one last time before she passed on.

I remembered resting with my sis by the steps outside the columbarium after settling Mah Mah in her niche. We were saddened and quiet in our grief. Daddy joined us, also tired. As we sat sombre, he suddenly asked, if we would like to hear Mah Mah’s story.

My Sis and I have never seen our grandpa. We simply knew he had passed away before we came along. Daddy then told us that Mah Mah’s husband, Lin, had passed away in their early days in Singapore, and struggling to bring up my 大姑妈, she remarried Cheng as his second wife. She then had 二姑妈 and my dad.

Unfortunately, life wasn’t easy and peaceful for my Mah Mah being the small one, it seemed that the first wive didn’t like her and made my Mah Mah’s days difficult. I’m not sure what my grandpa did to resolve these, but things got so unhappy/bad to the point that she did the bravest thing (for women of that generation) – packed up and left with her children in tow.

Daddy doesn’t have much impression of his dad, either coz he had never seen him or couldn’t remember him at all being a toddler when Mah Mah brought them away. He remembered the family was in the hair salon business, and his half siblings lived somewhere in the east. I reckoned there weren’t much news about grandpa, he had simply faded into oblivion from their lives. This was when we realized we did have a grandpa who might still be living when we were born. He had never been part of our lives, so it didn’t really matter, but his existence magnified the bravery with which Mah Mah chose to lead her life.

She single-handedly raised her children on her own as a single mother without a man in her life, over uncertain changing times – World War II, Singapore independence, from kampung days to HDB modern times – holding several jobs to earn the family’s keep. She came to Singapore only speaking Hockchew, but picked up speaking and reading Mandarin on her own plus other local dialects. I cannot imagine how she did it alone in those times, but she did.

Found these old photographs when we were packing away stuff: 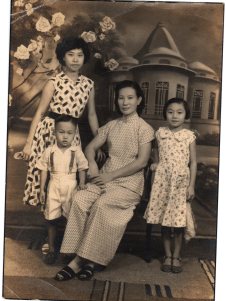 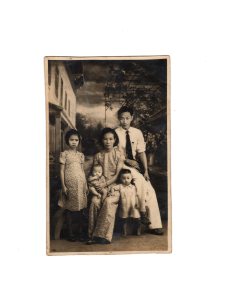 That’s how I’d always remember her. As well as the best 年糕 I’ve tasted- I’ve never had to eat store-bought stuff until she left us; the most fragrant homemade or ni (芋泥); teaching me to play mahjong, and then playing 3-player mahjong with her and my sis late into the night when my mum had already slept and dad working in his cab…

Those were happy childhood times. And her we are today, in her legacy. 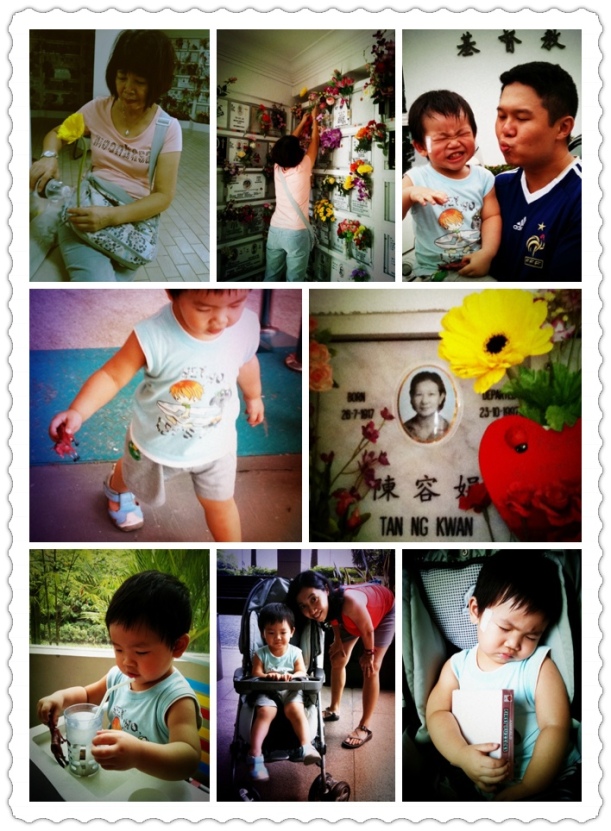